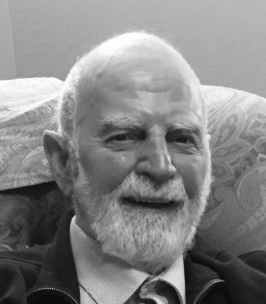 CHRISTENSEN, Paul
1931 – 2022
Mr. Paul Henning Stevensgaard Christensen passed away peacefully, surrounded by the greatest love, on Monday, May 16, 2022, at the age of 90 years. Paul was born in Denmark in 1931 to a large and loving family. His passion for transportation began at a young age when he accompanied his brother/uncle Svend in his truck. Paul learned how to drive when he was very young and helped Svend open and close gates, as well as load and unload along his trips. Svend took many trips all over Denmark and Europe, and Paul was often with him. During World War II, Paul noticed a few interesting details while on his trips with Svend. Later in life, he found out these trips were providing help to the Danish Resistance. When Paul reached his twenties, his adventurous spirit brought him to Canada. He sailed across the Atlantic Ocean to Halifax, Nova Scotia and then began working on an apple orchard farm, in the Annapolis Valley, Nova Scotia. Paul quickly began learning English from the children on the farm; and he always said that they were the best teachers. He saved up the funds he needed to get his Canadian Citizenship and made his way across Canada, working in the Oil Industry. Paul ended up in Peace River, Alberta, where he met the love of his life, Dorothy. Paul was an avid volunteer and thank goodness; as he was volunteering to take tickets at the door of the dance when he met Dorothy. It was a short courtship, and they soon began growing their family of five. Paul enjoyed business and entered Retail Management with Macleod's. When Paul and Dorothy’s youngest son Neil was born, they were living in Dawson Creek, British Columbia. It was there that Paul began his career with Loiselle Transport/Whitepass and Yukon Route. He was transferred to Whitehorse, Yukon, where he began his beloved business career with White Pass. Whitehorse was a beautiful and healthy place for his family to grow. Paul, Dorothy, and their family built their own cabin at Constabulary Beach and spent many fun weekends there. Whitehorse was busy with activities for family including work, church, and volunteering. When Paul was Vice President of Administration for White Pass in Whitehorse, Yukon, he was offered a job in the Edmonton office that focused on the Alberta Oil Patch. Paul and Dorothy moved to Edmonton, Alberta where Paul shut down the Edmonton office and retired. In retirement, Paul loved to volunteer, and Habitat for Humanity in Edmonton was his favorite volunteering job in his retirement years. He spent long days on the build sites and was always happy to see a new family embrace their new home he helped build. Paul always loved driving and transportation and took to the road in retirement as well. He put on many miles all over Western Canada with pilot car trips and hot shot loads. Paul often got to work with his son, Paul II on these jobs, which included a memorable load up to Norman Wells in the Northwest Territories. After driving many happy miles, Paul embraced his family even more than ever and enjoyed his grandchildren and the Edmonton Journal every day. He completed many fix-it jobs and new builds like fences, decks, gardens, and birdhouses. Paul gave his grandchildren rides like he had done for all his children, and was always around for a helping hand, listening ear and great advice. Paul’s last few years in Red Deer, Alberta were simple and loving. He received the Red Deer Advocate paper and had his favorite comfy chair even though he didn’t spend all that much time in it; as he liked to visit and stroll around to see what was happening. Paul has seen many miles in his Canadian home and the World, and there are many stories to tell about his great adventures! We honour Paul and his kind, thoughtful ways, and adventuring spirit. Paul will be very lovingly remembered by his wife of fifty-eight years, Dorothy, his children, Darlene (Dean), Debbie, and Paul (Karen), his grandchildren, Genesis, Macgregor, Paul III, Kaylie and Maia (Carson), as well as many other family members and friends in Canada and Denmark. With joy, Paul will join his two son’s, Neil and Robert who have passed on before him. Paul’s Memorial Service will be held at the Danish Canadian Museum in Dickson, Alberta on Friday, June 17, 2022 at 2:00 p.m followed by tea, coffee, and Danish desserts. You may visit the Danish Canadian Museum at www.danishcanadianmuseum.com. Our Family sends special thank you’s to the staff at the Hamlets, Red Deer for their compassionate care. If desired, Memorial Donations in Paul’s honor may be made directly to the Parkinson’s Association of Alberta at www.parkinsonassociation.ca. Cremation entrusted to Parkland Funeral Home and Crematorium. Condolences, memories and photos may be shared and viewed at www.parklandfuneralhome.com. Arrangements in care of Parkland Funeral Home and Crematorium, 6287 – 67 A Street (Taylor Drive), Red Deer. 403.340.4040.