To share your memory on the wall of Colin Hutchings, sign in using one of the following options:

To send flowers to the family or plant a tree in memory of Colin Harold Hutchings, please visit our Heartfelt Sympathies Store.

Receive notifications about information and event scheduling for Colin

Print
Will be held in Cow Head, Newfoundland in the Summer of 2021.

We encourage you to share your most beloved memories of Colin here, so that the family and other loved ones can always see it. You can upload cherished photographs, or share your favorite stories, and can even comment on those shared by others.

Posted Oct 30, 2020 at 05:39pm
My heart aches for all the family who lost this special man. To me he will always be uncle Collin who made us feel welcome anytime we went to visit him in Cow Head. He always had a big smile and a huge hug for us. He was well liked and well respected by many and will be sadly missed not only by our family but by all those who came in contact with him. He had a way of making you feel welcome and like family even if you weren’t.We will miss you uncle Collin and hope you rest in peace. Huge hugs to all the family and our sincerest condolences.

Posted Oct 28, 2020 at 11:06pm
Sorry to read this sad news. I haven't seen Colin for many years but have found memories of him from years ago. Thoughts and prayers are with the family at this time. Jim Cheeseman
Comment Share
Share via:
AP

Posted Oct 28, 2020 at 05:33pm
I am so saddened to learn of Colin's passing. I had the pleasure of working with Colin during our time working with DFO Western NL. Colin was a well respected and dependable Fishery Officer whose knowledge and advice was invaluable. I always enjoyed our many conversations on a wide range of topics. He was a good and valued friend and colleague. My sincere condolences to the Family. Rest Easy Colin. Al Pitcher, Paradise, NL.
Comment Share
Share via:
I

Posted Oct 27, 2020 at 09:34pm
Linda/Georgie/Carla/Sandy I am so sadden for your loss he was a great friend to me we had a lot of great times when we worked at Hopkins few trips camping with you guys RIP my friend love you all God Bless 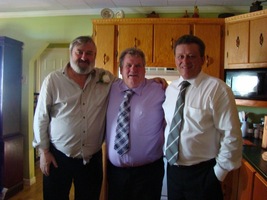 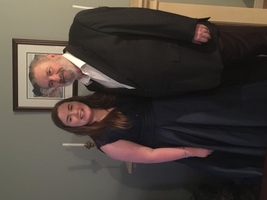